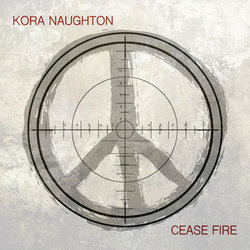 At just 17 Kora Naughton is proving herself as an artist with drive and determination.
​
In 2015, she was forced to give up her passion of cheerleading - a sport she had loved since she was 7. It was during this time she turned to music. Kora taught herself to play guitar, write songs and sing. This gave her the freedom to channel her emotions through music.
​
Her first two singles ("Wrong" & "I Don't Wanna Grow Up") hit various Top 10 Charts around Australia and has performed live alongside artists including Bill Chambers and James Blundell.
​
In early 2018, she collected her songs and commenced working on her debut album, "Ride or Die", an album she says is about taking chances, doing the things you're afraid of and living life to the fullest.
​
The first single pricked the ears of music industry tastemakers including journalist & radio presenter, Stuart Coupe as well as Double J's Henry Wagons who have both thrown their support behind the teenager.

"A voice and an artist that we're going to be hearing a lot more from"
STUART COUPE (Dirt Music, 2SERFM)
​
"What a voice!"
HENRY WAGONS (Double J)


I wrote the song after the attack at Manchester Arena. I just thought – how did it come to this?

This song is about humankind, choosing kindness over hate and standing together as one in the face of adversity.

In light of recent events in New Zealand, I feel this message is more important now than ever.