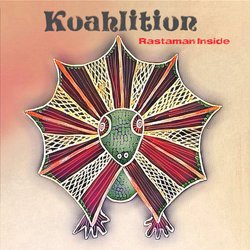 Koahlition is regarded as North Queensland's premier Reggae band. The band has played all the major festivals in the area including Reggaetown Festival,Cairns Festival,Wallaby Creek Festival, Kuranda Roots Festival to name a few.Koahlition released their debut album "Under The Sun" in 2013.The album was well received with several of the songs topping the local charts for the area. Koahlition has continued to create and workshop new material and is now ready to release their latest single "Rastaman Inside". The song is a tribute/anthem composition recognising the great Bob Marley. The band is family oriented and multicultural with members from the Torres Strait Islands and members with European and Asian heritage. Koahlition was formed as a coalition of like -minded musicians who love the Reggae/Ska genre and creating original music as well as enjoying covering songs by the legendary Bob Marley, Peter Tosh, Toots Hibbert, Jimmy Cliff, Desmond Decker and other greats who pioneered Reggae music. These artist were inspirational to the music of Koahlition.


Tribute/Anthem song about the writers' experience of when he first heard about Bob Marley and Reggae music in Australia in the late seventies. It touches on Bob Marley's influence even in Australia through his music and lyrics. With a great hook and Reggae feel to go with it. The words, simple but effective, are an introduction to the greater story.