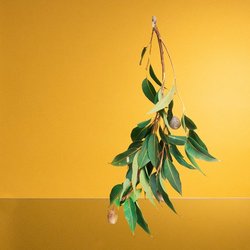 Producer, singer, multi-instrumentalist and global nomad Klue releases his new single ‘No Lie’. ‘No Lie’ follows the success of previous single ‘Lifted’ which hit #1 on the World Music chart on iTunes, as well as his debut EP ‘Daybreak’ which has amassed over 1 million Spotify streams. Klue has had a busy year leading up to the release of ‘No Lie’, being hand-picked to support the likes of legendary acts Dub FX and Thievery Corporation on tour, playing festivals like Subsonic, Rainbow Serpent and Bohemian Beatfreaks, and finding support from galaxies far, far away with Star War’s own John Boyega asking to meet Klue when he visited Sydney last year. His tune ‘So Good’ was picked up by fellow etcetc artist Jax Jones for his 2018 BBC Radio 1 artist residency, and Klue has also been touring the world with his band True Vibenation¸including a spot at the famed Glastonbury festival.

Keeping busy remixing artists such as Paces and Polographia, as well as PNAU’s 4 x platinum, ARIA Award-winning anthem ‘Chameleon’, and with support from the likes of Red Bull, Acclaim Mag, Purple Sneakers and Pilerats, it’s clear Klue is one to watch on the world stage.


Klue says "Sometimes the words you use mean something totally different to the person hearing them, even though you're speaking the same language. Past experiences colour the way we hear things, sometimes leading to misunderstandings. I wrote 'No Lie' in a time of conflict with someone really important to me."