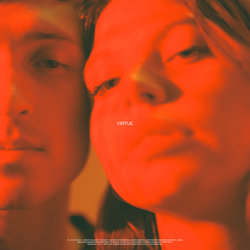 Kllo are pleased to announce details of their debut LP Backwater, due for release on 20 October.
An electronic pop collaboration between Melbourne cousins Chloe Kaul and Simon Lam – waded in figurative backwater for much of 2016 amid an extensive world tour. These were exciting times; the duo’s Well Worn EP furthered the promise of 2014 EP Cusp, receiving millions of streams and landing Kllo on festival stages as well as Artists-to-Watch lists. Nonetheless, the stretch kept them far from home, isolated and vulnerable, treading through perpetual uncharted territory while yearning for the comforts of the familiar.
As a result, Kllo’s full-length debut depicts inner adjustment to outer change. Songs were written partially on the road and developed back at Lam’s bungalow, a haven that harbours creative spontaneity and catharsis.
Kllo have officially come out the other end of the stilted estuary with twelve compositions cultivated to feel timeless and crafted, and equally current. Backwater celebrates the ephemeral and the enduring changes in emotion, the downfalls and the dissolves. It’s an album that parts course with its flow, and flourishes in a lowland.


Slow to arc, the lead single hushes, stutters, and syncopates before locking into a club-ready groove in its second minute. The hook poses a question: “Can I count on you?” Drama is introduced, and heightened without resolution. Instead we’re lead to a stirring and euphoric epiphany.