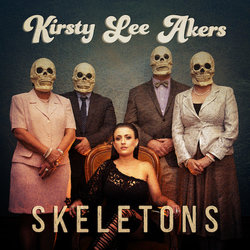 
Skeletons is a moody track that emphasises the fact no matter how squeaky clean someone may seem, there are always a few Skeletons lurking in their closet. At a time when people are often yelling their views from their nearest media platform, it is an extremely relevant theme. As the metaphor reads “People in glass houses should not throw stones”.