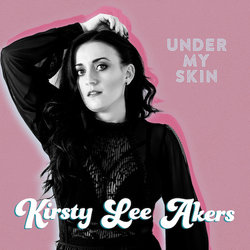 Akers is the only artist to take out the Telstra Road to Discovery (2006), Toyota Star Maker (2007) AND a Golden Guitar (2008), in a space of two years. From there she went on to receive three Golden Guitar finalist spots in 2012 for her 2011 release, Naked. The following years saw a stint in Nashville, CMC #1 videos (6) and CMC Award nominations (3), an ARIA Country chart-topper with Burn Baby Burn (ARIA #1 Australian Country Album), and a 2017 finalist nomination for Best Female Artist in the Golden Guitars. 2018 sees the release of her 5th studio album, Under My Skin, which Akers self-produced.


This song was written for and as a tribute to young Hannah Rye, who touched the hearts and lives of the people of Newcastle and surrounds prior to her passing in 2017. Written by Akers, who met Hannah a few years ago, and legendary songwriter, Jerry Salley, House Full of Flowers is a special track released in commemoration of Hannah.