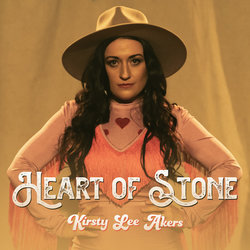 
A pull no punches country rock track with attitude, Heart of Stone is the latest super catchy single from Kirsty Lee Akers, co-written with Phil Barton and Bruce Wallace.