Kira Puru - Why Don't We Get Along - Internet Download 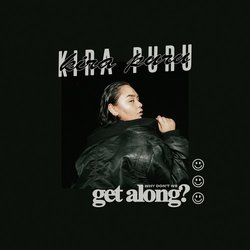 To coincide with her performance on ABC's The Set, Kira Puru has today unveiled Why Don’t We Get Along via New Tribe Music. The new single and video showcases Kira at her brazen best, deviating from the customary and displaying her penchant for authenticity.

The release follows on from Kira’s anthemic jam with attitude Everything Is Better Without You, her biggest national tour to date, performances as special guest for Peking Duk and sets at Panama, the inaugural Djarmalak concert series, Brisbane Pride and Heaps Gay Rainbow Mountain. Next, Kira will take the stage at Jam in a Jar this weekend, Yours and Owls in October and Grapevine Gathering in November and December.

Kira quickly gathered a cult following with the hypnotic single Tension which has amassed 2.5 million streams. The 2018 release of her self-titled EP showcased an exhilarating evolution. Second single Molotov landed at #75 on the triple j hottest 100 and has clocked up over 2.7 million streams, with Say Something at 2 million streams.

Since the release, Kira has been in perpetual motion, stepping into the spine-tingling spotlight with sold-out headline performances and sets at Listen Out, Spilt Milk, Bleach and Gaytimes.


Kira’s vocals take centre stage on the unconventional love song which features a stuttering gospel choir and spare 808 beats. "It’s about frustration; having everything but one ingredient in a perfect recipe and trying to figure out whether it’s still worth baking a cake," says Kira of the track.