Kira Puru - Everything Is Better Without You - Internet Download 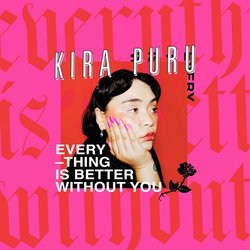 Currently performing as special guest for Peking Duk on their Biggest Tour Ever, Kira Puru today shares new single Everything Is Better Without You via New Tribe Music. To celebrate the release, the reigning queen of pop will prowl the country for a national tour this June and July.

Puru quickly gathered a cult following with the hypnotic single Tension which has amassed 2.3 million streams. The September 2018 release of her self-titled EP showcased an exhilarating evolution. Second single Molotov landed at #75 on the triple j hottest 100 and has clocked up over 2.5 million streams. The uniquely human star also delivered one of the most rousing triple j Like A Version’s of 2018 with a cover of Katy Perry’s Last Friday Night (T.G.I.F).

Since the release, Puru has been in perpetual motion, stepping into the spine-tingling spotlight with sold-out headline performances and sets at Listen Out, Spilt Milk, Bleach, Gaytimes and Panama.


Uninhibited and uncompromising, 'Everything Is Better Without You' is yet another anthemic jam with attitude. In this chapter, she’s as fierce as we’ve come to expect her to be, boldly embracing pop in all its glory. “It's essentially about empowerment, healing from a broken heart and emerging stronger, smarter, better, and more badass,” says Puru.