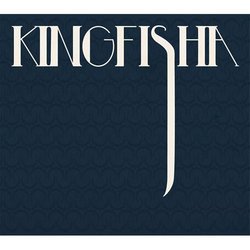 Brisbane 6 piece Kingfisha have cemented themselves as one of the undisputed must see acts on the Australian roots scene: no small achievement.

It was a reputation further solidified when late last year national broadcaster Triple J added ‘Piece of the Puzzle’, from their self-titled debut album, to national rotation.

Aside from the impeccable musicianship and pulsating live shows for which the band are renowned, what sets Kingfisha apart within their genre is a crafted modern reggae style that couples the bands love of Jamaican rhythms with the inherent depth and innate melody of front man Anthony Forrest’s songwriting.

Lead single ‘Looking Glass’ was added to rotation on FBI (Sydney), SYN FM (Melbourne) and spent 3 consecutive weeks in the number 1 spot on the national AIRT/AMRAP Now Charts before second single ‘Piece of the Puzzle’ came across the top with a triple J rotation add.


‘Fallen Empire’ in Forrest’s own words is “one of those rare tunes that felt complete very quickly, almost in one session. The bass line brought it all together, it's still one of our absolute favourite & strongest tracks to play live”.