King Social - Whiskey and my Gun 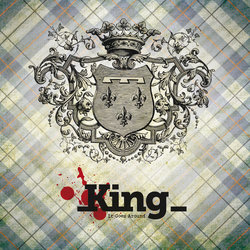 King Social has a sound that is as vast and diverse as their members. Combining new age country, Australian Hip Hop and everything in between, they push the sounds and feelings of a town sitting on the fence of city and country. The five piece include a Fijian concreter on bass, a bearded scholar on guitar, a free spirit on the drums, a hip hop emcee and fronted by Longreach cowboy and lead singer, Angus Milne.

2013 was the opening year for the Townsville based band and in 12 months accrued a healthy list of achievements .

Released their well received debut EP ‘It Goes Around’ recorded by Mark Myers of ‘Starry Field’ and more notably ‘The Middle East’.

Performing at 'Groovin the Moo' TSV 2013, Airlie Beach Music festival 2013 and 2014, North Queensland Cowboys game day Entertainment, New Years Eve 'Big Night In' @ The Jack Cairns and supported numerous touring acts such as (Matt McHugh, British India, Sticky Fingers, Hungry Kids of Hungry, Dan Sultan, and Illy to name a few)
The band will be embarking on their first tour up the East Coast in promotion of the Big Man release so stay tuned for dates.


Whiskey and my gun will have you kicking up dust while you’re visioning yourself in the wild west.