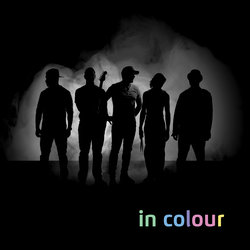 In August 2017, King Social will return to the road and stage for their 'In Colour' tour, before unleashing their debut album of the same name on the world on 3 September. As Australia’s highest ever crowd-funded debut it’s fair to say this one is as hotly anticipated as a mango in September.

Performing with gusto and passion, King Social fever is spreading across Australia and beyond. This fire was fanned in 2016 by a successful stint on Australia’s Got Talent, where the lads finished in the final five and netted thousands of new fans across the country and overseas.

King Social’s first EP and music video 'It Goes Around' was released in 2013; with the title track and 'Whiskey and my Gun' both topping the Triple J Unearthed charts.

Their follow-up EP, 'Big Man' (2014) scored them their third #1 on Triple J’s Unearthed Charts with 'The Dancer'. In 2015, they were finalists for four Queensland Music Awards and following their Australia’s Got Talent Grand Final appearance, both EPs appeared in the top 10 on iTunes’ Australia’s Charts.


A return to King Social's high energy blend of genre's bringing together rythmic hip-hop with a fun and funky mix of horn-heavy soul.

Other tracks by King Social: Simmer Down  -  Lemonade
%