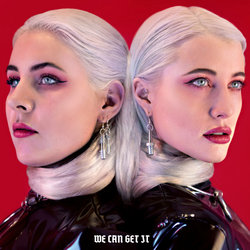 Drawing inspiration from Melbourne's rich electronic scene, King IV harnesses an attacking and submerging sound of deep bottom-ends and heavy-hitting beats. Her first single ‘No. One’ was well received, gaining airplay on triple j’s Good Nights after being premiered with tastemakers Purple Sneakers. Her second single, ‘Like I'm Back’ set a new tone for King IV's usual bold demeanor, showing a more intricate yet dominant approach to her sound, also securing airplay on community radio PBS and FBi as well as praise from favourable blogs such as Pilerats and The Ladies Network.

King IV has now re-emerged to reveal a new extremity to her sound, teaming-up with Rromarin for her latest single. ‘We Can Get It’ is a force entirely of it’s own. Fitted with punching vocals, vicious samples and entrancing melodies, King IV unleashes a depth and energy to her work that is sure to please the dance floor.


We Can Get It howls with attitude, underpinned by a trap-influenced sub bass and evoking a rave in the backseat of a 2am rideshare home. Viciously propulsive and couched in penetrating, reverb-heavy vocals, this is not so much a sonic step forward for King IV as it is a stratospheric strut in thigh-high latex boots.