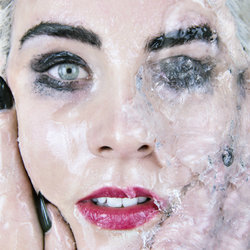 King IV’s first single ‘No. One’ was well received, gaining airplay on triple j’s Good Nights after being premiered with tastemakers Purple Sneakers. Her second single, ‘Like I'm Back’ set a new tone for King IV's usual bold demeanour, showing a more intricate yet dominant approach to her sound, also securing airplay on triple j Breakfast, community radio PBS and FBi as well as praise from favourable blogs such as Pilerats and The Ladies Network.
King IV recently re-emerged to reveal a new extremity to her sound, teaming-up with fellow Melbournian Rromarin for her third single, ‘We Can Get It’ a force entirely of its own that included vast radio coverage from triple j, SYN and FBi and spawned a remix EP featuring the likes of Donatachi via Sidechains.


Harnessing menacing samples & meaty bass synths to spine-tingling effect, Bump appeals to our basest human desire: to experience something explosive. Craving more, and wanting it all to yourself. Losing your sense of self in a plea to live a high-intensity life that feels visceral and intoxicating.