King Colour - You Just Don't Know It Yet - Internet Download 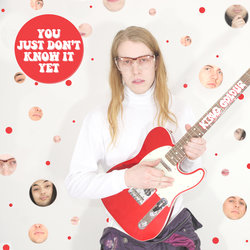 Psych-pop quartet King Colour have established themselves as a serious live act in Sydney and across the East Coast over the past couple of years, supporting acts such as Gang of Youths, Magic Bones, Bad Valley and many more. Along the way they’ve also curated their own multi-media event Yeah Nah Yeah in Sydney which combines a variety of visual and sonic art, and of course live music.

King Colour have recently released their self-produced 'You Just Don't Know It Yet' (engineered by Jack Moffit from the Preatures). It's a soulful psychedelic track, which explores the twisted persona of a modern romantic, backed with a R&B flavour and an explosive classic rock chorus "I think you're one of my kind".

Their last single 'Blue Horizon' was a steaming, swirling psychedelic track, receiving Triple J love, peaking at #6 on the AMRAP Metro charts, and remaining on high rotation on Triple J Unearthed since it's release in March 2015.

‘You Just Don’t Know It Yet’ is the bands 4th single, and is the first offering from their upcoming debut EP, expected for release early 2016.


The new single, self-produced by King Colour and engineered by The Preatures' Jack Moffit at Rec Studios, explores the twisted persona of a modern romantic, backed with a psychedelic r'n'b flavour and an explosive classic rock chorus, "I think you're one of my kind".