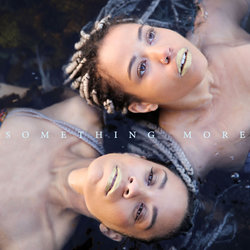 Over the last year or so, electronic music duo Kinder have been expanding their musical repertoire from spinning records to creating their own unique style of music.

Huge fans of Latin dance music, sisters Briony and Savannah paired up with Brazilian producer Bhaskar for their first vocal feature, writing and performing on his track “Hold On”, quickly reaching over 2 million streams. What followed was their own debut single “What You’re Like” taking deep inspiration from the Afrobeat dance jams of their childhood, alongside some of their newer Latin influences.

Kinder's second single “Something More” will form part of their hugely joyous and energetic live show at upcoming dates including Wine Machine, Totally Enormous Extinct Dinosaurs, Sydney’s NYE In The Park and Party in the Paddock.


Sisters Briony and Savannah, better known as Kinder return with their sophomore single “Something More”. It opens with a dreamy atmosphere, building continuously into a thumping chorus that will be right at home in their festival sets.