Kim Koole - It's My Home 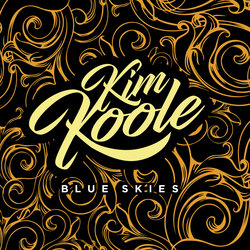 Northern Territory country singer/songwriter Kim Koole is inspired by the contrasts of Territory living.
The born and bred Territorian has an infectious passion for her Top End lifestyle and shares her enthusiasm with evocative song writing, catchy lyrics and upbeat country melodies.

As a child Kim loved the imaginative storytelling of country music. She started song writing and playing guitar at 13, but it wasn't until 2012 as a young adult that her music career really flourished. After winning the Adelaide River Country Music Talent Competition, Kim found herself with a scholarship to the CMAA Academy of Country Music which she attended in 2014.

She took that opportunity with gusto and has since performed at large events including the Darwin Show, the Adelaide River Country Music Muster and the Tamworth Music Festival. Her songs 'Blue Skies' and 'Winter in Darwin' were recognised as finalists in the 2013 & 2017 prestigious NT Song of the Year Awards.

In April 2017 Kim released her debut album "Blue Skies". Recorded and Produced by Stuie French at Swingin’ Door Productions, the eleven track album is inspired by the laid back, optimistic lifestyle of the Northern Territory.


'It's My Home' is a fun song that celebrates the what home means to me, growing up and living in Australia.

Other tracks by Kim Koole: Blue Skies  -  Winter in Darwin
%