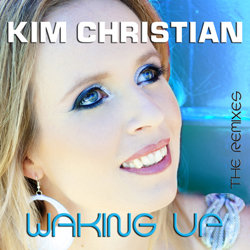 Kim Christian has sung all her life but after studying and working in the fields of engineering and law chose to write and record songs about five years ago. A demo album of 13 original songs was recorded in Melbourne with Rockcandy Productions, which found it's way to the ears of LA recording company, Killingsworth. One whole new original album later (recorded in LA 2010), 5 tracks were selected to be remixed by Klubjumpers (Texas) to create the Gonna Fly EP released 1 November 2011. Another further remix by JJ Royal of the song Waking Up is also released as a single. Kim is currently promoting here in Australia and overseas...


Electronic upbeat pop dance. Moving strings, keyboard and drum beat to take you Higher and Lower and back again to stay, never be down again.

Other tracks by Kim Christian: Waking Up  -  A Change
%