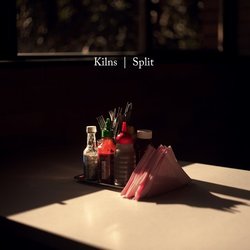 Kilns are a four-piece band who play indie-rock songs fuelled by green smoothies, anxiety and friendship.

With the basis of their sound built on a band-in-a-room immediacy akin to Middle Kids, Rolling Blackouts Coastal Fever or Ceres, Kilns weave together tight vocal harmonies and resonating lyricism that reveals a shared musical education consisting mainly of Crowded House on the family car stereo.

Off the back of singles Go Slowly, Pinky Finger, and So Close, Kilns have already received national airplay on Triple J’s Home & Hosed, Good Nights with Bridget Hustwaite, and 2019 with Richard Kingsmill. In their relatively short career to date, they’ve shared the stage with some of Australia’s finest indie acts, including San Cisco, British India, PLANET, These New South Whales, Rat!Hammock and Merpire, and have been added to several highly coveted Spotify editorial playlists.


'Split' is the next taste of Kilns' debut album, 'You Can Bet Your House on Me', in which the band explore themes of human relationships and anxiety, bound by a constant thread of resilience and optimism.

The album is also a sonic exploration for Kilns, who found their place in indie-rock after venturing through influences of punk rock and alt-country.