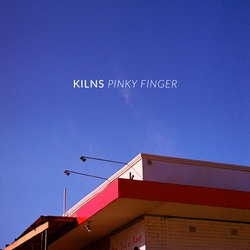 Kilns formed as the natural progression of Mickey Cooper's solo project. Mickey went to New York in 2015 and recorded an album in a shoebox apartment, with one microphone. After releasing and touring that album, the band was enlisted initially to serve as a backing band for the next lot of songs, but once rehearsals were underway everyone realised that it was much more of a collaborative and cohesive thing. We decided that we'd start afresh, and Kilns was born.

Mickey was also a founding member of Rat!Hammock, playing bass and singing harmonies on their first EP and touring extensively with them. He left midway through 2018 to give more time to his Kilns and his own songwriting, although they are still his favourite band in Australia.

A lot of our music explores themes of mental health - specifically anxiety. We have open conversations and are passionate about raising awareness of the mental wellbeing of independent musicians and the high rates of anxiety/depression within the music community.

We are super aware of our position as an all-white, all-male band, and completely back the push for the Australian music industry to continue improving representation of all-gender, LGBTIQ and non-white people.


As a kid I had an intense fascination with numbers. I would pay forensic attention to them: counting steps, collecting statistics and assigning significance to seemingly arbitrary figures. When talking to people, I would habitually count the syllables on my fingers as I spoke, reshaping sentences on the fly so that they always landed on my pinky finger.