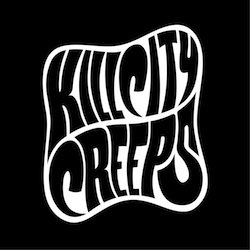 Other tracks by Kill City Creeps: I Got A Letter  -  While You Talk
%