Kiera - Make You Mine 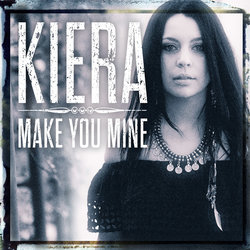 Australian singer/songwriter and guitarist Kiera is living her dream as a travelling musician touring the world.

Born and raised in a small town in country Australia, Kiera has come a long way. Her music has taken her to a worldwide audience, and she is now becoming an artist that is most sought after by many live music venues and festivals.

Kiera has established her new style of music through the many international connections she has made while touring. She continues to play many shows in Australia and has performed at many high-profile sporting events around Australia.

Since the release of her debut EP ‘Forever Roam’ she has been hard at work writing new material. The recent single release titled ‘Make You Mine’ was written during her US tour which took place earlier this year.

Kiera is excited to continue to fulfilling her dreams as a touring musician, and telling her musical stories to audiences everywhere. It’s been an incredible story so far for this small town girl.


Make You Mine is a song based on travels and making memories with old friends and new. The lyrics are indicative of excitement and revelation of how far Kiera has come, from a small town girl in country Australia, to the city of LA where she now records her music.