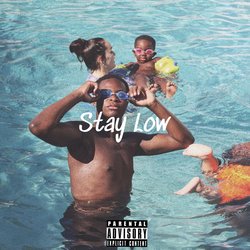 From his childhood, Khi’leb has maintained a heavy involvement in music. At just 5, he was learning the art of writing his own hooks and choruses, at 7, he approached his first studio recordings, and by 14, Khi’leb had made the decision to commit to developing a career in music. Now, aged 16, Khi’leb’s career has already seen the release of two impressive singles ‘2020’ and ‘Anthem (Feat. Kiing Twiist)’, as well as a spot on Mountain Goat Valley Crawl’s 2019 lineup.

A testament to the power of Australia’s new wave of hip hop, Khi’leb’s sound promises to be interesting and diverse, yet nostalgic.

Noting names like Kendrick Lamar, Joey Bada$$, Logic, Tyler the Creator and Kanye West as inspirations, alongside his brothers, Khi’leb appreciates the grind that comes as part of the life of a musician. With his determined and focused approach, it’s no surprise that this young talent’s music carries such a mature and refined sound.

“I'm passionate about music. As corny as it sounds, it's true. I've never spent so much time on anything in my life before,” Khi’leb says. "I find myself staying up till 1 or later, making beats, writing and just perfecting my craft.”


Produced by Mixtape Seoul and mixed and mastered by Khi’leb, ‘Stay Low’ is a personal reminder to remain focused, motivated, and humble in the pursuit of success. “The single is about bettering yourself behind the scenes, and not always showcasing your growth and improvement,” Khi’leb explains.