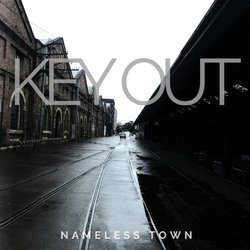 Earlier this year Sydney three-piece Key Out decamped to j walker’s (machine translations) General Store in rural Victoria to record What (do) you see, their debut album and first release on Half a Cow records. The studio’s remoteness and sense of space colour the ten track LP as much as j’s collection of old analogue equipment and sophisticated production. Paddy Haid’s detuned, angular strumming darts around Saskia Clapton’s almost independent basslines, both anchored by Rohan Geddes drumming. The result is a sometimes dark and unexpected indie pop record. The influence of Sandpit, Blonde Redhead and Art of Fighting is clear (under a certain light), as is band-members’ previous work in Ides of Space and Sound Like Sunset.


Key Out's unusual dynamics are illustrated in the first single off the What (Do) You See album, Nameless town. A locomotive beat and off kilter bassline set the scene. Layered melodies and counter-melodies hover long enough to catch the listener’s ear before retreating into silence or dissonance.