Kevin Windross Band - I'll Be There 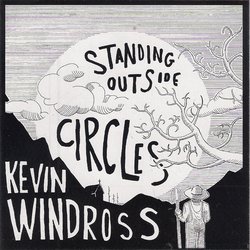 The Kevin Windross Band (aka KWB) are a melodic/heavy rock band based in
Canberra, Australia. The band formed when guitarist and lead vocalist
Kevin Windross looked to do a series of live shows to promote his 2013
release, "Loud and Clear".

The lineup of drummer Ben Schumann, bassist Brendon Houlahan and
keyboardist Hugh Blemings quickly gelled into a tight and dynamic band
where improvisation is a fundamental part of the overall sound. A series of gigs in Australia and Japan that followed cemented KWB's
reputation as an outstanding live act.

Drawing on the wide variety of influences the four members have - bands as diverse as Deep Purple, Pink Floyd, Rush, Black Country Communion and Cold Chisel, KWB have written, recorded and released two new tracks with several more in the works. The new tracks are available online and will form the basis of an upcoming EP in 2015.


A song about one's sense of mortality. Written by Kevin at a time when he felt his world was about to end and this is a farewell message to his loved ones.

Other tracks by Kevin Windross Band: Take Myself  -  Broken Bridges
%