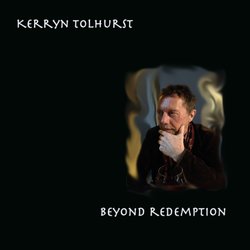 Kerryn Tolhurst is an Australian music icon. He started in the Melbourne blues scene with other luminaries such as Ross Wilson, Keith Glass, Chris Stockley, David Peperell.

In 1971 he joins SUNDOWN with Keith Glass, Broderick, and Mark Barnes and gets involved with country music and subsequently moved to Sydney and to join Greg Quill's Country Radio playing guitar, mandolin and steel guitar, and started songwriting. His song Gypsy Queen was a top ten hit and won an ARIA award for best song 1971. In 1973 Kerryn moved back to Melbourne and formed The Dingoes with Broderick Smith and Chris Stockley and wrote most of the songs, including Way Out West. The Dingoes were signed to A&M in the USA and were managed by Peter Rudge (Rolling Stones, Lynyrd Skynyrd).

In the early 80’s Kerryn lived between NYC and Australia playing with Richard Clapton, and wrote the smash top ten hit 'Man On Your Mind' for Little River Band. He also wrote and recorded All Fired Up with his band Rattling Sabres, later to be covered by Pat Benatar and becoming a Top 10 hit worldwide.

Kerryn has had an impressive award winning career producing and recording since then.


Australian music icon Kerryn Tolhurst returns with a brilliant pop/rock song and a chorus that gets stuck in your head. 'Beyond Redemption' is a gem.