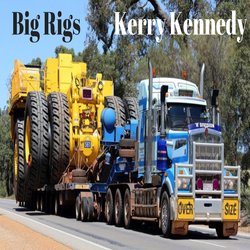 A regular at the world famous Tamworth Country Music Festival, Kerry has also performed at the Gympie Muster, Mud Bulls and Music and the Mountview Music Muster and helped put together the first Thredbo Music Fling (which later became CMC Rocks The Snowiest).
In 1997 he released his first album “Australia’s Most Wanted ” and was a finalist in the TIARA awards in Tamworth. Several tours of New Zealand and Vanuatu followed, setting the agenda for a regular round of international dates to complement the Australian schedule.
2004 saw the release of his second album “Glass Of Wine ” which went to Number 1 in the European country music charts for Most Requested Song. That year he toured Europe, headlining the Uster Country Music Festival in Switzerland - a tour he would repeat in 2008 and 2011.Every October since then Kerry has toured New Caledonia, headlining the Fête du Boeuf (Beef Festival and Rodeo) in Païta. Kerry has appeared on several TV shows including Today Tonight, Good Morning (NZ), Nightline (NZ), Good Morning Gold Coast, Around Midnight and 11 am, and currently has four video clips being played on CMC as well as nine video clips on YouTube to date.


A tribute to the men and women who drive trucks up and down the h/ways around the world. A song for the drivers who have lost their l lives and the families they leave behind.