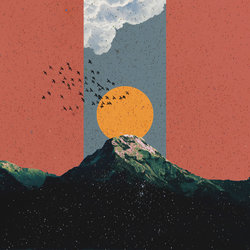 Kendl is the musical project of forward-thinking artist and composer, Jesse Kendal.

Residing in Melbourne, Australia, Kendl first started turning heads after teaming up with Big Beat Records for the release of his track ‘Drive Slow’ in February 2017, which hit Spotify’s Viral top 50 in Canada and the US.

Not long after, Kendl followed up with his self-released single ‘For Her’ as part of his diverse debut EP, ‘Colours’. Showcasing his ability to harness and produce electronic music with emotional impact brought a wave of support from the likes of Magnetic Magazine, Huffington Post, Dancing Astronaut, Indie Shuffle and Earmilk.

Inspired by the sounds of UK Garage, Minimal Techno and Ambient Electronica, Kendl writes with an emphasis on the change of sound over time and how it affects the listener. Kendl aims to share music that can have a lasting, positive effect on the listener just as music has done for himself.


'Manyara' was written while I was overseas visiting family.

It sums up how I felt being immersed in different countries and cultures while being away. Also, being out of comfort zone encouraged me to get more creative with the direction. 'Manyara' is named after a region I visited in Tanzania