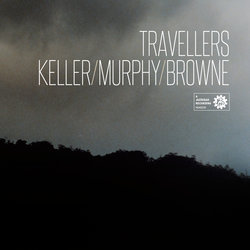 The Keller Murphy Browne combination was a precious one. Emerging organically out of Al Browne's Monday night residency at Bennetts Lane, and a particular affinity between the three musicians that grew and simply grew, it had its own voice - as trios do.

Debuting in 2003 at the Melbourne Women's International Jazz Festival, the KMB trio held an intermittent residency at Bennetts Lane in the years that followed.

They recorded their first CD "Carried by the Sun" for ABC Jazztrack (released on Jazzhead) in 2006, and were lauded for their "exquisite interplay" (Jessica Nicholas), and "music of diaphanous beauty" (John Shand).

With Allan's passing in June 2015 this recording taken from two gigs in the Bennetts Lane small room in February 2015 has special significance.

Other tracks by Keller Murphy Browne: Queen for Tea  -  Cyclosporin
%