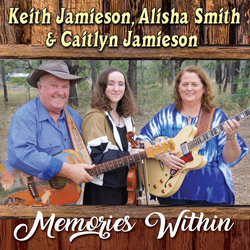 Born in Goondiwindi, Keith Jamieson has spent most of his life in the bush, which is where he gets most of his inspiration for songwriting. Keith leans towards the bush ballad style of writing and recording, following in the footsteps of our pioneers such as Stan Coster, Slim Dusty, Tony Brooks, Tom Oliver and Joe Daly.

Keith has written some classic songs over the years, some of which have been recorded by Slim Dusty, Jeff Brown, Sharon Heaslip, Nathan Charlton, Charmaine Pout, Dave Reynolds, Noel Smith and Bev Branson. One of his most successful songwriting efforts being The Ghost of Three Rivers, which was a huge hit for Jeff Brown and has won awards such as TSA Bush Ballad of the Year 2003 and the Tasmania and New Zealand Songwriting Award Recorded Section 2002. It also made the finals of Mildura 2002, Bungendore 2003 and the 2003 Golden Guitar Awards.


A song penned by Keith Jamieson describing his feelings on the direction Australia is headed. With an emphasis on Australian land being purchased by foreign investors, he wonders what the pioneers and war veterans would think and how the future generations will survive.