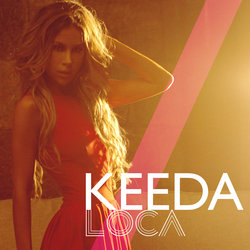 Young and rising independent pop artist, Keeda, is forging ahead with international attention for her latest single, Loca.

Following the success of her previous singles, 'Control' and 'Rock With You' featuring in the Hot 30 Countdown, Keeda's latest single attracts the attention of international DJs to the stars, Dj Sal Morale and Terry Urban, who regularly host celebrity events around the world, including the Hollywood elite.

Keeda captured the hearts of a nation as a finalist in So You Think You Can Dance and has been seen on X Factor, Dance Academy and has appeared as a an actress most notably in The Combination.

She was a finalist in the prestigious International Songwriting Competition in the Top 40/Pop category for her song 'Ain't No Cinderella', out of 20,000 entrants. She shares the finalist list with fellow Australians Kimbra and Guy Sebastian.


Loca Remix by DJ Sal Morale and Terry Urban has been described as a feminine version of Baauer's Harlem Shake.

Other tracks by Keeda: Loca
%