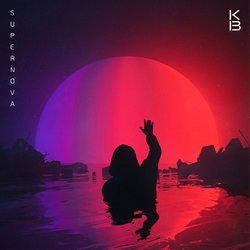 Originally from Hong Kong, Kaz played the piano from a young age and played in many emo rock bands while in high school. While studying at the Sydney Conservatorium of Music he developed an obsession with music production and pop music so he set out to create his own unique take on pop. After many years of experimentation he stumbled upon a new genre: Emo-Reggaeton.

He released his debut single "Supernova" on June 21st, 2019 through his personal social media which ended up getting featured on Spotify's Discover Weekly playlist. Supernova is currently at 16,321 streams in less than 2 months since its release, with no label or radio support. Kaz has released two other singles "Do You Feel This" with Sydney producer Neptune and "Ocean"


An upbeat dance song with Kaz's signature emo-reggaeton style. The song also contains some futurebass elements. The song was mixed, written and produced by Kaz primarily in his bedroom, and mastered by Randy Merill who does Ariana Grande, BTS, Justin Bieber and more.

Other tracks by Kaz Benson: Ocean