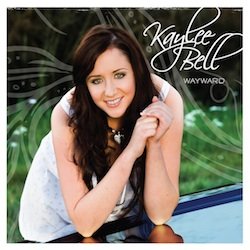 At the tender age of 23, Kiwi Kaylee Bell who now calls Australia home, already has an impressive list of accolades to her name. NZ Gold Guitar Winner at the age of 18, Kaylee has already racked up 18 years in the music industry.

In 2011 Kaylee performed at the infamous Bluebird Café in Nashville and at the Global Artists Showcase featuring worldwide artists. This was televised live for CMT channel in USA and CMC in Australia to 40 million viewers. Kaylee is a 2011 Toyota Star Maker Top 6 Grand Finalist, Australia and a Top 5 Finalist in the Capital News “New Songwriter’ category in the Tamworth Songwriters Awards. Kaylee opened for McAlister/Kemp on tour and was at Top 4 finalist to Open for Elton John in NZ.
Kaylee’s has had three top 10 singles since the release of her debut album ‘Wayward’ kick started by hit single ‘Ride That River’ followed by self penned single Love Was Just A Fairytale reaching #4 on the Australian Top 30 Country Charts, No #1 on Kix FM two consecutive weeks , #1 on Mildura Top 100 Countdown and in 2012 ‘Strawberry Sunset’ reaching #4 on the Top 30 Country Charts.


Ride That River is an upbeat, energized track all about those first few moments of falling in love and how we can’t resist temptation. It explains how love pulls us like a river and what is meant to be will be!!

Other tracks by Kaylee Bell: Love Was Just A Fairytale  -  Strawberry Sunset