Katy Abbott - At The Clothesline 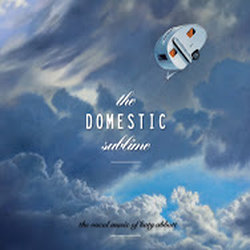 Abbott's compositions have been brought to life by leading Australian ensembles including Halcyon, The Song Company, Syzygy Ensemble, Ironwood Ensemble and several major symphony orchestras. Her works have been performed internationally and featured in Australian and international music festivals, including the Melbourne and Perth International Festivals and 2012 Saxophone Congress in UK.

Demonstrating her versatile creative talent, her body of work incorporates orchestra, chamber and music for voice - an area where she exhibits a particular flair.

Abbott is the recipient of many awards including the Albert H. Maggs Award for Composition, Boston Metro Opera Prize for Composition for 'The Domestic Sublime'.

Abbott's debut CD Sunburnt Aftertones: The Chamber Music of Katy Abbott (Move Records) was released in 2010, with two subsequent discs, this time of vocal and choral music, currently in production for 2013.

Katy Abbott lives in Melbourne and works as Lecturer in Composition at University of Melbourne.


Changing the sheets, shaving, peeling garlic. Who knew hanging out the clothes could illicit memories of loss?

Why not spend a few minutes acknowledging these mundane, yet essential day-to-day activities, common to all of us, and perhaps even ponder any deeper significance? Movement 6 of 6. Text: Chris Wallace-Crabbe