Katrina Burgoyne - Worth It 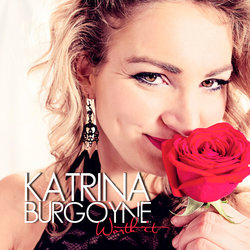 Releasing her second single “I Wasn’t Gonna Cry” in February 2011. Crowning Burgoyne as Female Independent Artist of The year 2011 and reached over 15,000 views on YouTube. The creative split screen music video shot straight up the CMC top 30 Countdown sitting at #5 just six short weeks after release.

Katrina now enters the next chapter of her career, showcasing growth since Burgoyne's past release cementing a more mature and commercial sound for songstress. The first release “Worth It” was performed on Chanel 10’s season 2 of The Bachelor Australia securing Katrina with the first rose of the season.


"Worth It" a song about not settling for anything less than perfect. Burgoyne, writes of her love for being alone and her choice not to sacrifice that for just anyone. Produced by Troy Kemp, it showcases growth since Burgoyne's past release cementing a more mature and commercial sound for songstress.