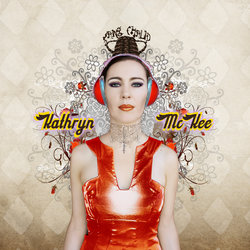 
'Ladders and Snakes' starts sparsely with a plucked string ostinato over ticking drums. The next verse builds with droning violin and cello and four-on-the-floor drums before exploding into an epic chorus with multiple drum tracks and busy string riffs. A tenor doubles the soaring melody before the song cuts right.

Other tracks by Kathryn McKee: It's You  -  Who Are You
%