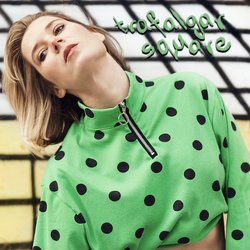 Sydney electronic producer, DJ and songwriter Karmel Jäger started her musical journey on the violin at the age of 5. After teaching herself piano and studying viola, she discovered classical singing at the age of 16. Initially honing her craft at the Sydney Conservatorium, she spent three years abroad in the UK from 2014 where she studied at the Guildhall School of Music and Drama, performed throughout Europe and recorded extensively as a session singer at AIR and Abbey Road Studios. She appeared on soundtracks for films, tv and video games, lending her voice to the likes of BBC’s Sherlock, The Avengers, Star Wars and World of Warcraft.

Her return to Sydney in 2017 has seen the artist land firmly on her feet, moving swiftly into the electronic music community and releasing her debut single Back of You, to critical acclaim from Triple J Unearthed and KISS FM. Charting at #2 on the Dance Charts and #7 on the Electronic Charts, this “knock out first track” and “classic-feeling anthem” is only just the start for this budding producer.


An evocative deep house tune lined with a sultry longing for time and place past, building to a frenetic final of chopped vocals reminiscent of the dancing flames of a forgotten but once great fire.