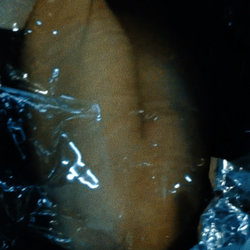 Starting her music project in Perth in 2013, Karli launched her first music on Soundcloud, from her bedroom. She relocated to Melbourne in 2014, where she released her debut full length, Karli White’s Childhood Scissors (2015), and composed a short film soundtrack for Crush (2016), both released through Comfort Cassettes.

Following her move to Melbourne she established strong presence in the Australian live music scene, mesmerising audiences both locally and interstate, comfortably sharing commonality of the sound and culture of post punk and noise with loud electronic acts as well as heavy guitar bands.

Karli is interested in multidisciplinary collaboration has more recently started focusing on visual elements complimentary to her live performance including dance, video and objects. 2018 brings the announcement of her second release, a four-track EP, Trust, out through Melbourne label Resistance Restraint.


Walk Through demonstrates White’s ever-evolving mastery of production and composition. The result; sound-system pop in flux.

Other tracks by Karli White: Getting Better  -  Trust
%