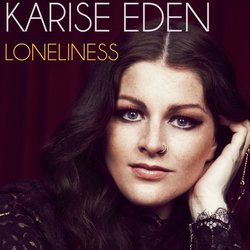 After being crowned the winner of the first season of The Voice Australia in 2012, Karise Eden broke two Australian records by having 4 of the Top 5 songs on the ARIA singles chart that week. The second record is something which no-one has achieved before, 3 debuts in the one week within the Top 5.

That same week, she had an astonishing 8 songs in the ARIA top 40. each reaching ARIA Gold certification and “Hallelujah” being certified Platinum.

Her album My Journey debuted at #1 on the ARIA album chart and held that top spot for 6 weeks, going on to achieve double platinum sales.

2013 saw Eden road testing new material via performances at Blues Fest and small shows. The new songs were received so well live that it inspired her to get back into the studio and
record. Those studio sessions culminated in her new album ‘Things I’ve Done’, released in October of 2014.

At 22 years of age, Karise is proving to be not only one of the most extraordinary voices of our time, but a talented songwriter with all but one of the 12 tracks on the album being written or co-written by Eden.


‘Loneliness’ is the brand new single from Multi-platinum-selling and ARIA Chart-topping Karise Eden, taken from her album Things I’ve Done.