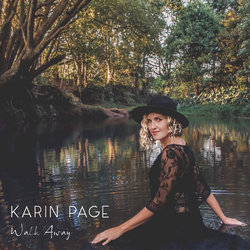 With a musical style that effortlessly blends sounds of blues, roots and country, acclaimed singer songwriter Karin Page takes inspiration for her song writing from everything around her.

Karin has been working tirelessly on music for her debut album ‘Walk Away’ - released November 1 - to create songs that are a true reflection of her nomadic lifestyle and restless spirit.

Karin’s music crosses many genres. The evolution of her music – featuring authentic lyrics and melodies – has led Karin to the unique space she finds herself in today; being herself, and being content with that.


Shame was co-written with guitarist Emily Smith in Nundle NSW at my first ever songwriting retreat. I had just started messing around with alternate tunings on my guitar, and asked Emily for some help with an idea. She immediately nailed a riff and from that the song “Shame” was born.

Other tracks by Karin Page: Kings and Queens  -  Loving Man
%