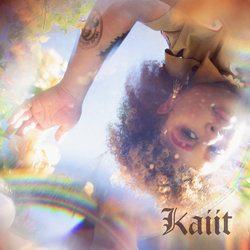 Kaiit, who has been singing since she can remember, is blessed with an enchanting voice that crosses musical boundaries managing to mesmerise listeners with her unique personality and sound.

After coming into the scene with her first single ‘Natural Woman’ going viral, Kaiit shook up the world of future-soul and RnB. She’s been named as one the best rappers under 25 by Red Bull Music, sharing the list with artists such as Joey Bada$$ and Chance the Rapper.

With the release of her debut EP ‘Live From Her Room’ in 2018, Kaiit has managed to attract attention worldwide and found herself gaining a total of over 4 million streams on Spotify alone. In the second half of 2018, Kaiit travelled across Australia and New Zealand on a sold out 13 date National Tour. After sell out shows and multiple festival appearances, Kaiit has shared the same stage with respected artists such as Aloe Blacc, Smino and The Internet at their Australian shows.

At only 21 years old, 2018 proved to be a significant year for Kaiit and she will continue to plow her way through 2019 with ease, affirming that the future is so bright for this vessel of love


Inspired by her time away in the homeland, Papua New Guinea, “Miss Shiney” is a labour of self reflection and grounding. Creating a colourful, neo-soul landscape lined with jangly guitar melodies, hearty keys and that undeniable vocal magic the track radiates Kaiit’s aura with each lyric, overcoming self doubt, affirming her unique gifts and transforming those blocks into empowerment.