Kado Muir & The LYC Crew (Feat. KJ) - I Choose To Be Free (The Mamu Tjiitjii Song) 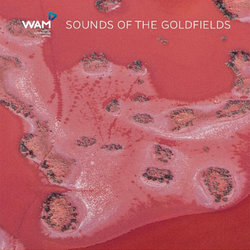 Kado Muir, the Nationals WA senate candidate for Western Australia and the underage rappers of the LYC Crew.

This track was included on the Sounds of the Goldfields compilation, which saw ten diverse artists recorded. The CD was officially launched to a sold out audience at the Goldfields Arts Centre on Saturday 28 May, with live performances from all featured artists plus special guests Eskimo Joe.

Sounds Of The Goldfields has been the Feature Album on numerous community radio stations, as well as all tracks receiving key airplay on ABC radio stations, and it’s now time to share these incredible artists with the rest of Australia.


The tracks tells a traditional Dreamtime story, adapted to modern times and addresses depression and suicide in small Indigenous communities.