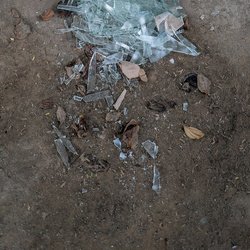 LA-based, Australian producer and vocalist KUČKA returns with her first single in three years, ‘Drowning’ out via Warp/LuckyMe and Soothsayer. Inspired by a recent move to LA, here Laura Jane Lowther reflects on the melancholy of leaving home, with her signature avant-electronic taken to new heights.

Laura Lowther says of the track, “The lyrics of Drowning originated from intense imagery I saw when we first started producing the track. The textures we used made me think of someone lying just underneath the surface of a lake."

Lowther’s list of achievements are endless - features and co-writes with Flume, SOPHIE, Vince Staples, A$AP Rocky, Cosmo’s Midnight, and more and live shows globally supporting the likes of the xx, Mura Masa and Mount Kimbie, Lowther has firmly established herself as a standout female producer & vocalist and is now focusing on herself. Turning to writing for catharsis, KUČKA is working on new music with Vegyn, Baauer, Flume and Nosaj Thing and touring Australia for the first time since 2018 across the recently announced Laneway Festival 2020 alongside the likes of Earl Sweatshirt, The 1975, Charli XCX and more.


’Drowning’ written and produced by KUČKA with additional production by Flume, stands as one of Lowther’s most claustrophobic pieces to date, with her voice almost overwhelmed by glowing synths and shuffling percussion. Keeping the lyrics personal and literal, the open emotionality of her songwriting is contrasted with the simple but hyper-digital production within which they are embedded.