KLP - Never Be The Same 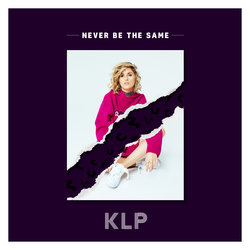 Operating under the moniker KLP, Sydney based artist Kristy Lee Peters has gained notoriety as a producer, songwriter, vocalist, DJ and radio host, amassing much deserved national and international attention.

Whether it’s writing her own solo music or co-writing with numerous other artists, chances are you’ve heard a KLP track before. Her numerous local and international collaborations have topped Hype Machine at #1 as well claiming the #1 position in Japan’s Electronic Chart.

Amassing 14 million plays for her work on Soundcloud alone, KLP has gained a reputation as a stellar vocalist and performer. Working with industry talents such as Skrillex, What So Not, Slumberjack, Young Franco, SACHI, Terace and many more, KLP is one of Australia’s most in demand artists.

KLP has had great success with her solo work, her hit single ‘Recover’ feat. Remi was highly rotated for over 6 months on triple j and streamed over half a million times on Spotify alone. Her 2016 EP 'Ember' was filled with dance driven jams, including her single 'Back in the Room' which was awarded UK Pop Justice 'Track of the Week' and 'Ember' which recently ticked over 1.38 million plays on Spotify. Recently KLP co-wrote and featured on Slumberjack's new EP released through Mad Decent on their club track 'Take Me'.


The new single is a mix of electronic laden melodies and bright synths accompanied by KLP’s subtle verses, bursting into an emotive chorus and all strung together with a powerful hook. The track's produced by ARIA Award winneing producer Andrew Burford who's previously produced hits for Montaigne, Allday and Illy.