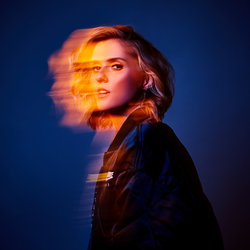 After performing to a huge crowd at Splendour in the Grass with Set Mo, KLP has been busy this year playing show-stopping sets at Curve Ball and Big Pineapple Music Festival in support of the stellar releases she's already put out this year including 'Under The Influence', 'Until I Find You', dance floor filler 'Heater' and vogueing anthem 'Push'.

As an artist KLP has been DJing for over nine years now, producing, performing and recording all her own vocals, as well as making mixes in her beloved triple j house party role which she recently left at the end of 2018 to focus on music. Last year her single 'Venus x Mars' was signed to Blanco Y Negro out of Spain.

KLP's ever-expanding repertoire is only set to get bigger with the release of her debut album this November, and get dancefloor ready as she tacks to the road in the same month.


One of the more vulnerable tracks from the album, this track shows off KLP's incredible vocals as well.

Other tracks by KLP: Swear I Lost Myself  -  Stranded
%