Justin Standley - Return of the Stockman 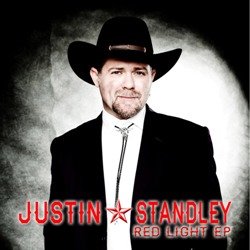 Justin is an Australian country music singer-songwriter and entertainer. Justin shot to national prominence after appearing as a Top 12 Finalist on the Australian X Factor in late 2012 on his quest to find his missing children. Justin is now recognised by millions of people as a great musical talent and big hearted man.

Justin’s debut album, A Father’s Love, was recorded in Tamworth in 2013. Justin subsequently won Best Country Male Vocalist (Qld) and Listener’s Choice Award (nationally), at the Gold Medallion Media Awards. He released a follow up EP, Red Light, in March 2015 to much acclaim, including APRA/TSA New Songwriter of the Year.

Some of Justin’s musical awards and achievements include: Queensland Champion of Champions in 2012; voted Most Promising Country Artist in 2013 at the Trans-Tasman Entertainer of the Year Awards; Toyota Star Maker Finalist in 2014; and, was awarded comedy song of the year in the National SongsAlive competition in 2015.


Return of the Stockman was originally written by Stan Coster and was the first of Coster's songs to be recorded by Slim Dusty. More than 50 years later, Justin Standley has breathed new life into this song making it a solid performer in the Australian Country Tracks Top 40 chart.