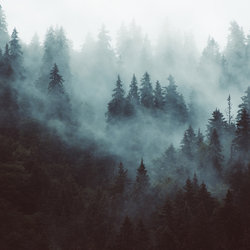 Accomplished pianist Justin Hunter is as captivating a composer as they come. An alumnus of the NSW Conservatorium of Music and multiple award winner, Hunter’s ability is there for all to see, but it’s the passion and adrenaline he evokes in his compositions that is something to truly behold.

In his early days, Justin sold volumes of CDs that are unprecedented for most independent acts in the industry climate; literally tens of thousands all without a label, publicist or via traditional retail.

Instead Justin’s fan-base has evolved through personalised, direct selling during his travels around Australia and the strength of word-of-mouth that lovers of music naturally generate. Admirers vary from butchers in remote country towns to sleep-deprived mothers who have discovered his adept power to calm their newborns.

Moving into the modern day, Justin Hunter garners thousands upon thousands of streams across all platforms. Placed in Spotify's "Piano In The Background" playlist has helped build his fanbase and has seen his single "Drown" accumulate over 600,000 streams.


Justin Hunter is back with another relaxing neo-classical piano piece. "Anywhere Elsewhere" is a mesmerising instrumental that will take you from where you are to where you want to be in a second, so close your eyes and allow Justin to transport you into your dreams.