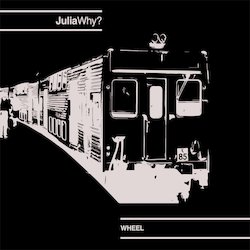 The fast-moving, racket-inducing band has been pumping up their workload since they won the triple j Unearthed NIDA competition in 2014 for their single 'Just One Night.'

Now with their new LP ‘Wheel’ and a polar opposite film clip for ‘Turntable’, JuliaWhy? has decided to put their musical cards on the table.

The finished product took 2 stays in a psych-ward, a dislocated shoulder, a severed thumb and a nerve-damaged arm to finally be released.

After supporting The Hard-Ons & Spanish hype-band HINDS, Julia Why? will race up the East Coast on their first headlining tour before supporting French-based artist Lia Mice two days before they jet off to Canada.


The closest JuliaWhy? comes to Bikini Kill, but more like a musical tantrum.

Other tracks by JuliaWhy?: Turntable  -  Flowers
%