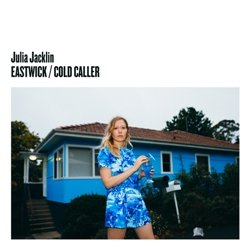 It is with great pleasure that Liberation Records reveal ‘Eastwick’ and ‘Cold Caller’, both singles taken from Julia Jacklin’s 7” entitled Eastwick/Cold Caller (out now). Eastwick/Cold Caller has been released as a 7” vinyl as well as digitally and features two exceptional a-sides that simply had to be released.

Don’t Let The Kids Win, Jacklin’s debut album, saw her pick up a nomination for the 2016 J Award for Aus Album of the Year, win the Next Big Thing award at the 2016 FBi SMAC Awards and take out the Best Independent Blues and Roots Album at the 2017 AIR Awards.

The release of the Eastwick/Cold Caller 7” rounds out an absolute dream run for the singer songwriter who, following an arresting set at Splendour in the Grass locally, will see the rest of 2017 continuing to circumnavigate the globe, on her final tour of the year, with huge headline shows across the UK, US and Canada before returning to Australia for Falls Festival.


‘Cold Caller’ is a beautiful track inspired by the news of Julia Jacklin’s sister falling pregnant.


Other tracks by Julia Jacklin: Eastwick
%