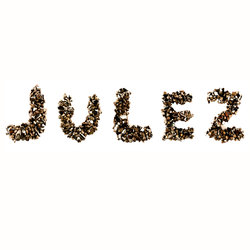 Fusing tight flows, creative concepts, and his own brand of innovative hip-hop production, Julez is steadily becoming a unique force in the Australian hip-hop scene. First gaining attention in 2002 when he won the Queensland Stealth MC battle Julez went on to reach the semi-final round of the national battle later that year in Sydney. Since then he has dropped 5 independent releases including his debut self titled LP in September 2010.

Julez was named the Triple J Unearthed feature artist of the week in 2008 & since then has received steady play from Triple J’s home & hosed and Hip Hop Show, as well as Triple R, PBS & a number of other community radio shows across the country.
Julez & DJ Sizzle (Akil of Jurassic 5’s Australian tour DJ 2009-10) have performed at a wide variety of events including;


Julez & Seth Sentry join forces to point out a few of the more superficial, gossipy attitudes we all know & love. Que vedos for men lends an epic chorus. Julez on production